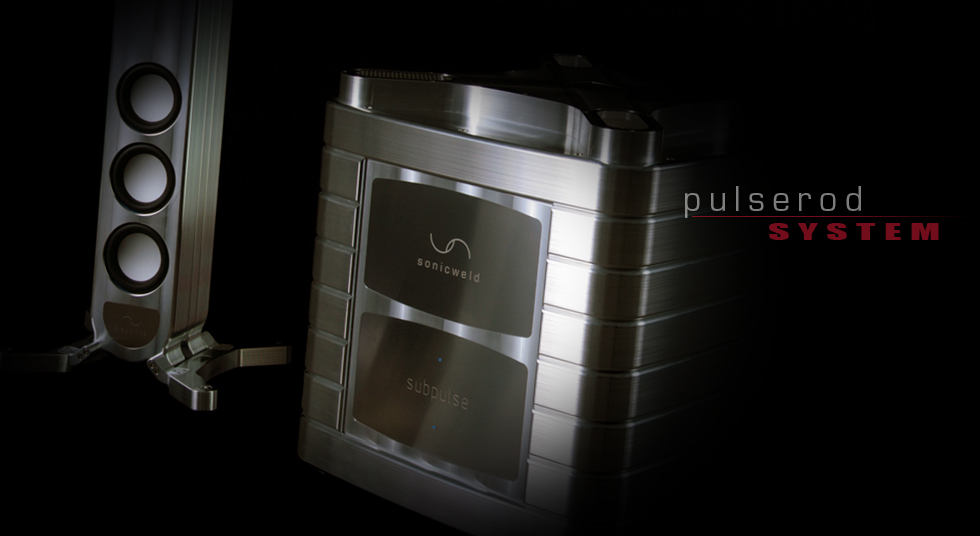 What’s In A Name?

Many have asked: Why the name “Sonicweld?” A weld is the strongest, most permanent and intimate bond that can be made between two pieces of metal; the parts are joined on a molecular level to literally become one. Nearly everyone is familiar with welding; it connotes strength, solid construction, and careful, engineered design. Using this imagery, a sonic “weld” is intended to convey the idea that our equipment is so transparent, accurate, and musical, that the listener experiences a deep bond with the performing artists. There is simply nothing to get in the way of the music, and the listener is drawn into the experience of enjoying every detail that their source material has to offer. The name “Sonicweld” is essentially a one-word mission statement, originated by founder Josh Heiner in 1993.

Sonicweld founder Josh Heiner has been passionate about sight and sound since he was in pre-school. Constantly inquisitive and autodidactic, he taught himself to read when he was four years old so that he could build the projects in his Radio Shack 150-in-one kit. Josh dismantled everything he could lay his hands on throughout his formative years, and quickly began to create or modify electronic or mechanical projects of his own.

Josh was particularly drawn to his father’s home-built Dynaco stereo equipment, and soon his projects reflected a fascination with high-fidelity audio reproduction. Fourteen years worth of violin lessons, a deep appreciation for artisan craftsmanship, and his passion for scientific and technical disciplines were a potent incubator for an audio obsession. While seeking his higher education, Josh became consumed with designing loudspeakers and other audio equipment. The workshop-laboratory he built in his basement apartment burgeoned, and it soon became apparent that he had discovered his unique niche in life: in 1993, Sonicweld was born.

An evolutionary period ensued in which various sizes, shapes, materials and styles of speakers emerged. In his quest to build the ultimate, Josh invented a unique passive crossover free from both inductors and capacitors in the signal path, which significantly improved sonic reproduction. Further experiments with traditional and unconventional cabinet materials led Josh to believe that dramatic improvements could be made in sound reproduction – not to mention product aesthetics – by utilizing precision-machined, damped aluminum structures. He decided the time had come to bring a product to market, and registered for the 1998 Stereophile show in Los Angeles.

Locating an aerospace machine shop he felt worthy of fabricating his first, all-metal loudspeaker design, Josh submitted his plans. But the shop couldn’t fabricate the parts in thirteen weeks, and had constant objections to the difficulty and intricacy of the required work. Ever the maverick, Josh purchased his own milling machine and not only learned the complex CAD/CAM software but mastered the CNC machine and made the show. The resulting product, the Timpanogos, was awarded the coveted ‘CES Innovations Award’ the first time Josh exhibited there.

Josh continues to hone his skills in his quest to create the most innovative products available anywhere, each hand-crafted in the artisan tradition.

We imagined they’d sound cold…Wow, were we wrong. The sound was the way we like it.

The result is one of the very most inert speaker structures ever made. Hear this one if you get a chance.

Sonicweld’s trademark CNC aluminum construction throughout is a mindblower.

I heard comments from tube heads who couldn’t get enough of the Sonicweld sound.

Far and away, the best disappearing act I’ve heard from a loudspeaker with no exceptions.